In Malcolm Gladwell’s renowned national best-seller, The Tipping Point, he describes countless examples in which small, seemingly insignificant occurrences in the world caused dramatic change. In the most famous example, he describes how New York City reduced its crime rate suddenly and significantly beginning in the early 90s. How did this happen? By focusing entirely on small, seemingly insignificant things. The city began strictly enforcing laws against petty crimes like subway fare-dodging and public drinking. Graffiti and litter removal was made a top priority. The city did not suddenly hire thousands more policemen nor make any significant changes to policing methods. Yet, a 2001 study proved that those “small” changes caused a dramatic, immediate, and sustained drop in both petty and felony crimes. Today, the FBI reports that New York City is the safest large city in America, by a long-shot.

Sure, small changes can make a big difference in big-city crime, but is it really going to matter for your website? Most certainly. To many, functionality and user experience often takes a back seat to the look and design of a website. A web visitor interested in doing business with you must still be convinced that contacting you is worth their time.

To see how important small details play in acquiring customers, look no further than America’s most valuable company, Apple. The maker of the most popular consumer devices today got to their position by worrying tirelessly about tiny seemingly-inconsequential details that their competition completely overlooked. By concentrating not only on the product itself, but things as rudimentary as the product packaging, Apple developed a reputation for not just cool products, but high-quality products. Apple not only sells the most devices, but they charge the most, too. The perceived value they have created by focusing on the finest details makes this possible. The same concept can be applied to your website. By focusing on the little user-friendly features that your competition ignores, you will drastically improve your chances of landing new customers.

Does your current site give a positive first impression AND is it easy to use for someone that has never visited before? Try this: Show your website to a few folks who have no vested interest in you or your company and let them play around with it for a minute. Then, ask them for their candid first impression. Their opinions very likely reflect those of every other visitor to your site. If the reaction is not positive, it’s time for a redesign.

At Company 50, the hand-crafted websites we design for our clients follow four principles: A great look, high functionality, easy to use navigation for any skill level, and fast loading time. Our team sweats the small stuff to ensure every last detail is exactly the way it should be. It’s just one way we differentiate ourselves from the rest. 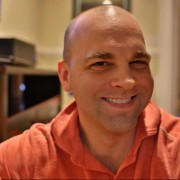 Greg is the owner and lead designer at Company 50, a Cumberland, RI-based web design and digital marketing studio.